The latest information in Canine Rehabilitation

The 2018 Canine Rehab Conference includes international and locally acclaimed speakers
whose influence is critical to the advancement of canine research and rehabilitation in Australia. 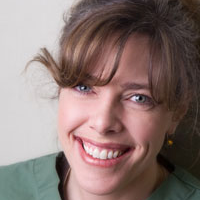 Laurie has been very much at the forefront of the field of canine physical therapy, and taught the first courses in this field in Canada (1999), the United States (1999) and Australia (2001). She has created the curricula for the Canadian Diploma in Canine Rehabilitation for the Animal Rehab Division.

In 2006, Laurie received her Master in Animal Studies (Animal Physiotherapy) degree from the University of Queensland, Australia. Laurie has lectured at several physical therapy and veterinary medicine conferences, is a case examiner for the International Veterinary Academy of Pain Management, and is a guest clinical skills instructor for the University of Calgary, Faculty of Veterinary Medicine.

Dr Arthur House is an internationally recognised specialist in small animal surgery in both Australia and Europe. Arthur has pursued his passion in small animal surgery since graduation achieving post graduate qualifications in surgery, initially in general practice, followed by advanced surgical training in a multi-discipline university hospital.

Arthur was a lecturer in Small Animal Surgery at the Royal Veterinary College, London prior to his return home to Australia. In addition to providing specialist surgical referral services to his patients, Arthur continues to be active in veterinary postgraduate training through provision of continuing education lectures, co-supervision of PhD students and has been an author in several textbooks.

Arthur is involved in collaborative research with colleagues who work in university hospitals and has a broad range of publications. Arthur has an extensive range of specialist surgical experience and skills and strives to maximise patient outcomes by application of best practice and evidence based medicine and surgery. Arthur strongly encourages a team and holistic approach to patient care. 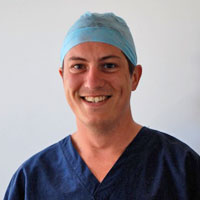 James graduated from the University of Melbourne with honors in 2005. Following graduation he worked for 12 months in a busy small animal general practice. He then completed two, twelve month internships in both Small Animal Oncology and Small Animal Surgery along with a 3 year American College of Veterinary Surgeons residency program under the direction of Dr. Charles Kuntz. In 2010 James achieved membership to the Australian College of Veterinary Scientists Internal Medicine Chapter.

James has published on gastrointestinal and urogenital surgery and oncology and has presented a number of times at the Australian College of Veterinary Scientists, Science Week. He is actively involved in teaching students and veterinarians and is an instructor and lecturer for a veterinary of post graduate education courses in surgery.

James has recently become further involved with the Australian College of Veterinary Scientists and is an examiner for the Fellowship examinations in Small Animal Surgery. Passing the College Fellowship exam is part of the requirements for registration as a Veterinary Specialist in Australia.

James is particularly interested in orthopaedic and neurologic surgery and is a co-director and owner of Southpaws alongside Dr. Charles Kuntz. 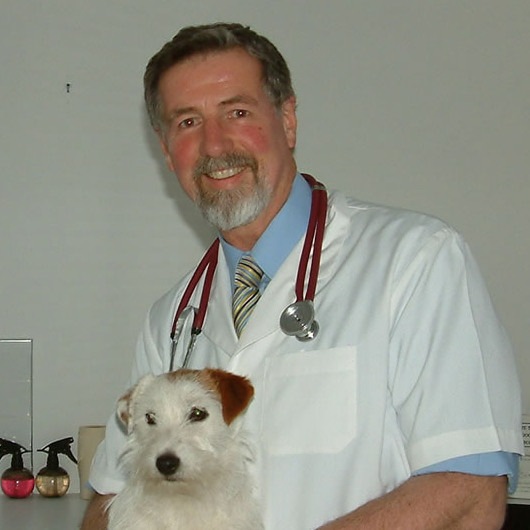 Dr. Billinghurst graduated B.Sc.Agr. in 1966 from Sydney University as an Agronomist and Nutritionist; his studies being divided equally between Agronomy and Nutrition (basic and applied), in cattle, sheep, pigs and poultry.

In 1971, Dr. Billinghurst commenced his  Veterinary  Science  degree, graduating with  honours (B.V.Sc.Hons)  from  Sydney  University in 1976 and has remained in Companion animal practice  since that time.

By the end of the 1980’s, the combination of his formal and private studies, together with his research into the relationship between what his dog and cat patient’s ate and their state of health, had convinced Dr. Billinghurst that Evolutionary Nutrition was the only nutritional program able to promote and sustain genuine health.  He realized that this principle applied equally to all animal species – including humans. It was this revelation that lead to the first of Dr. Billinghurst’s books on Companion Animal Nutrition, ‘Give Your Dog a Bone”,  published in late 1993. Since that time he has written several other books including “Grow Your Pups With Bones” 1998 and  “The BARF Diet” 2001 and Pointing the Bone at Cancer” 2016.

Apart from his lecturing and Veterinary work, Dr Billinghurst is working on a number of new books, including a book on feline nutrition and his  groundbreaking work  on the relationship between nutrition and cancer. 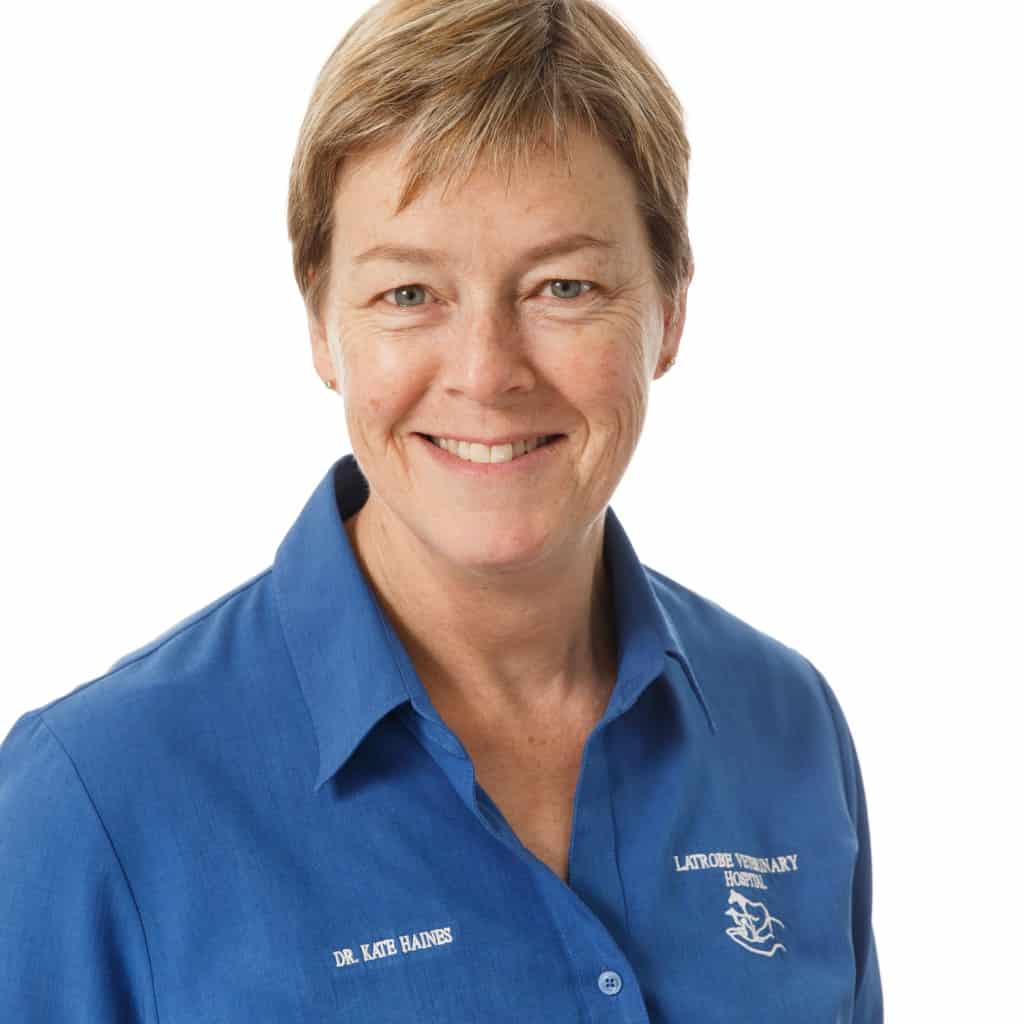 Dr Kate Haines attained a Graduate Diploma in Animal Chiropractic in 1999 from RMIT University, followed by a Master of Chiropractic Science (Animal Chiropractic) in 2001 – being the first in the world to gain this qualification. Other qualifications include Certification with the International Veterinary Acupuncture Society (IVAS), accreditation with various cattle quality assurance programs, a Diploma of Practice Management and latest, a Cert IV (TAE) Training and Assessment.

Dr Haines is also involved in educating: Academic Associate of the University of Melbourne, was heavily involved in teaching (lecturing and practical) at the now ceased RMIT University Animal Chiropractic Program, has been an external examiner for Melbourne University and has presented lectures at many venues and courses. In the last few years, Kate has contributed an enormous amount of voluntary time as course writer of a replacement for the RMIT Animal Chiropractic program – the 2013 accredited Graduate Diploma in Animal Biomechanical Medicine. She has been the main point of liaison in the development of the partnership with Box Hill Institute for the delivery of this world first course, which commenced in 2014.

Dr Haines is also the Practice Principal of Latrobe Veterinary Group with her primary professional interest in the application of biomechanical therapies (Chiropractic/Osteopathic) for animals.

These details are provided as per https://www.latrobevetgroup.com.au/staff/dr-kate-haines/ 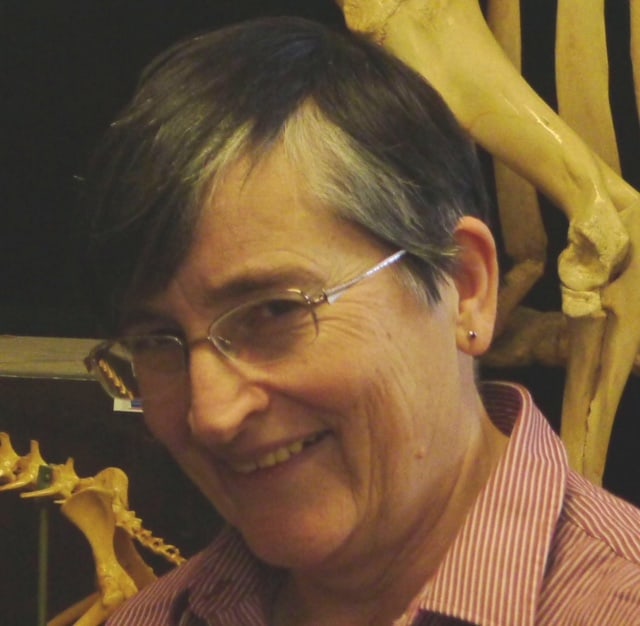 Dr. Davies current research area includes functional anatomy of the locomotory system in horses and dogs – both the mechanics and the neurology plus she teaches regional anatomy (using the dog as the type species), as well locomotory anatomy and neuroanatomy to the DVM2 students as well as PG groups from time to time.

Helen has also written 60 papers in refereed international journals. Many conference abstracts and some invited as a keynote speaker (mostly horse anatomy and locomotion) plus 4 book chapters and 1 textbook.

Ph.D. 1995 ( Melbourne), “The adaptive response of the equine metacarpus to locomotory stress”

MAgrSc (by research) 1985 University of Queensland, “The assessment of dietary and body phosphorus in sheep”

BAgSci (hons) 1977 University of Leeds. Honours project was on the site of Mg absorption in sheep. 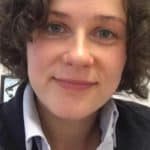 Dr. Jennifer Robinson graduated from the University Of Veterinary Medicine Hanover, Germany in 2013.  She then moved to Melbourne and completed an internship in surgery, internal medicine, and oncology at Southpaws Specialist Surgery For Animals and has been
practicing in general small animal practice since 2014.

During her work, Jennifer has encountered many cases, where conventional western medicine simply just wasn’t enough to help her patients. She then decided to broaden her horizons in holistic veterinary therapies completed the IVAS acupuncture certification course in 2017. Jennifer also participated in several courses and workshops in canine sports medicine and rehabilitation.

Jennifer’s professional interests are in Chinese Medicine and geriatric and palliative care for small animals. She treats patients with acupuncture at several clinics in Melbourne and offers home visits for immobile and geriatric patients, which include hospice and home euthanasia.

By combining conventional and integrative veterinary medicine Jennifer aims to provide the best possible treatment for each individual patient to restore and maintain a high quality of life, especially in older patients. 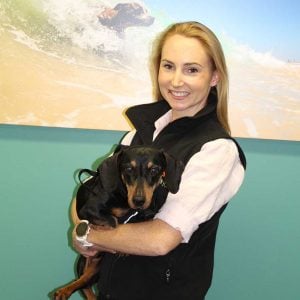 Dr Naomi Boyd is one of an elite cohort of veterinarian-physiotherapists internationally, having graduated from the University of Sydney in 2011 and 2004 respectively. She has practiced in human physiotherapy and veterinary practice, gaining invaluable experience in both, prior to moving into the highly specialised field of veterinary physiotherapy.  She is one of only 2 in Australia with this dual qualification.

As a veterinarian, Naomi has been fortunate to work within a busy Sydney practice with highly knowledgeable clinicians and a strong emphasis on medical and surgical excellence.  In her human practice, Naomi has a sporting physiotherapist background, having worked with premier-grade soccer and rugby union teams as well as many elite dancers.  Naomi has also undertaken further study in clinical pilates, muscle energy technique, dry needling and the management of tendinopathies and lower limb injuries.

Naomi loves using her combined knowledge to help pets of all shapes and sizes recover from injury or illness.  She is particularly passionate about giving owners and clinicians the knowledge, strength and skills to prevent future injury and to optimise the quality of life for all our pets.

I loved the variety of speakers and felt that ACRA did a great job at providing a mix of topics and a mix of various professionals which really hits home that all the various professions have valuable information and skills to offer. I may not be a Chiropractor, a surgeon, a scientist or ? but as a professional I should have awareness of all these professions. Imagine the strength of the Canine Rehab Industry with collaboration and professional standards. Imagine how such unity and collaboration will help canines and their owners in what is currently a confusing and overwhelming to navigate.

Exciting times await the rehab industry as ACRA grows. I gained up to date information on orthopedic surgery - it is good to know what is currently out there and what the surgeons are doing. Canine Conditioning and shoulder rehab - I garnered a lot of information of relevance and interest to me.

I attended the conference to continue my education on Rehab. I especially enjoyed Laurie Edge Hughes presentation on Medial Shoulder perspective. I walked away feeling much more confident in what I am doing.

All the topics and presenters at the conference were of interest to me together with the opportunity to meet and network with other like-minded individuals. I intend to use the information given to share with clients re options/considerations and to have better discussion with vets locally.

I learned so much at the ACRA conference I wished each speaker had been able to have more time because there was just so much excellent information. It was a timely reminder that all of the body is connected and needs to be diagnosed/treated/respected as one being not as a series of “parts”.

The ACRA conference provided the perfect networking, and lectures on relevant topics. The fascial network communication, strengths/limitations of different diagnostic tools for shoulder work up, and the evolution of the canine diet were my favourites. Can’t wait til the next conference.

ACRA Member Discount Join the ACRA to receive up to $75 discount on your conference registration: click here

Thank you for subscribing to the ACRA Conference List. We will notify you once the conference tickets become available for the next conference.

Something went wrong. Please check your entries and try again.

The ACRA is extremely grateful to these business who have made this conference a successful event.

ACRA Member Discount Join the ACRA to receive up to $75 discount on your conference registration: click here

Thank you for subscribing to the ACRA Conference List. We will notify you once the conference tickets become available for the next conference.

Something went wrong. Please check your entries and try again.

Accomodation is available at the venue

To book accommodation please go directly to the website or contact them on the details below:
www.metropolecentral.com.au 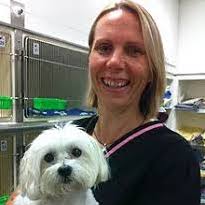 AS AN ACRA MEMBER

BECOME RECOGNISED AS A LEADER IN YOUR FIELD, ADD TO YOUR CREDIBILITY, AND RECEIVE THE GUIDANCE AND SUPPORT TO FURTHER YOUR EDUCATION WHILE WORKING TOGETHER TO IMPROVE THE INDUSTRY QUALITY STANDARDS