The association committee has been busy with conference organisation, along with working through development of code of conduct for members and refining the details. New practitioner members who have joined up will soon receive their logo in an email to display at their place of business and in their emails and marketing.

"On The Move" ACRA Conference update:

The ACRA inaugural conference ‘On The Move’ is coming up on October 27-28th in Melbourne. This conference is designed to unite all professionals working in the area of Canine Rehabilitation within Australia.

The aim of the conference: is to share knowledge and expertise, examine research and developments both locally and internationally. The conference is set to cover a wide range of topics around rehabilitation of Canine injuries and surgeries and speakers include Animal Physiotherapists, Veterinarians, Veterinary Specialists, Holistic Vets, Veterinary Chiropractors and Canine Rehab Therapists. With an esteemed list of speakers.

Covering topics such as: 'Medial Shoulder Instability', 'Rehabilitation of Common Neurological Conditions', 'Core Conditioning', 'The Benefits of Chiropractic Treatment for Canines', 'The Role of Fascia in the Canine', 'Laser Treatment for Canine Patients', 'Enrichment for Dogs While exercise is Restricted', 'Nutrition and its Relationship to Cancer' just to name a few. We also have a trade hall with several exhibitors already signing up to showcase their products.

REGISTRATION HAS OPENED
CLICK HERE TO RESERVE YOUR SEAT NOW

ACRA is pleased to announce a newly accredited course: 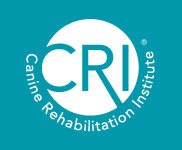 CRI – Introduction to Canine Rehabilitation to be held in Brisbane:

This workshop is the first in a series of 3 workshops that will lead you to becoming a CCRT certificate holder with the internationally acclaimed canine rehabilitation institute.

Gain a fundamental understanding of canine anatomy, physiology and biomechanics. Build relevant structures on canine skeletons using clay, and get hands-on experience palpating live dogs. Common orthopedic and neurological disorders of the canine patient are covered including both conservative and surgical treatment options. Canine rehabilitation modalities including traditional physical therapy and integrative therapies are introduced, as well as ways they can be incorporated into a veterinary practice. 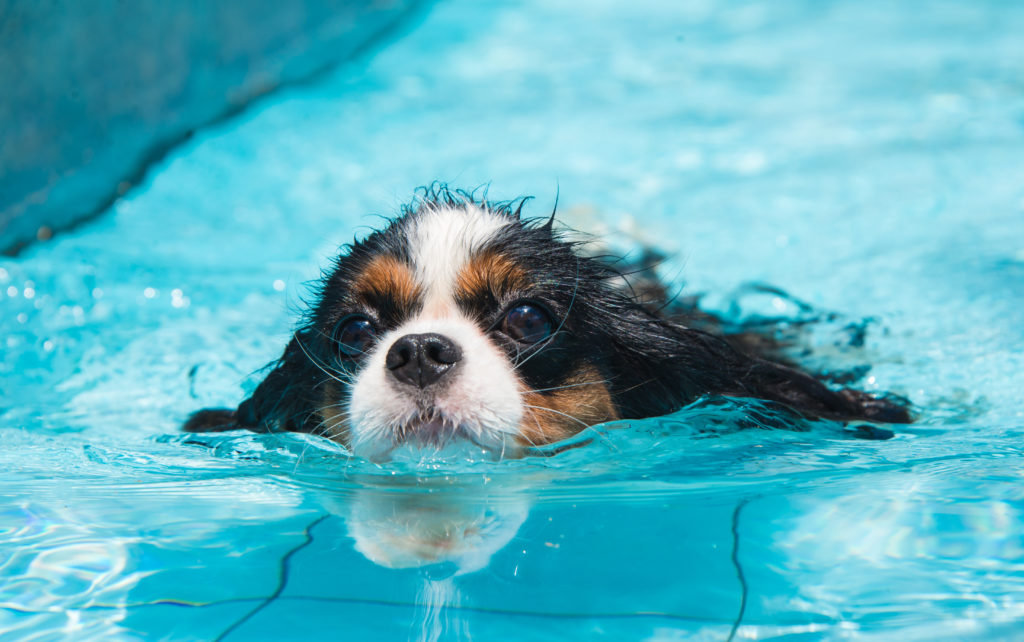 This canine hydrotherapy course has been designed to teach individuals how to deliver hydrotherapy to the canine patient safely and effectively, working in conjunction with the patient’s vet as part of a healthcare team.

This course will have its next intake in November 2018.

This canine remedial massage course has been designed by Michelle Monk to teach individuals how to deliver a remedial massage treatment to a canine patient safely and effectively, working in conjunction with the patient’s vet as part of a healthcare team.

This course will have its next intake in November 2018. 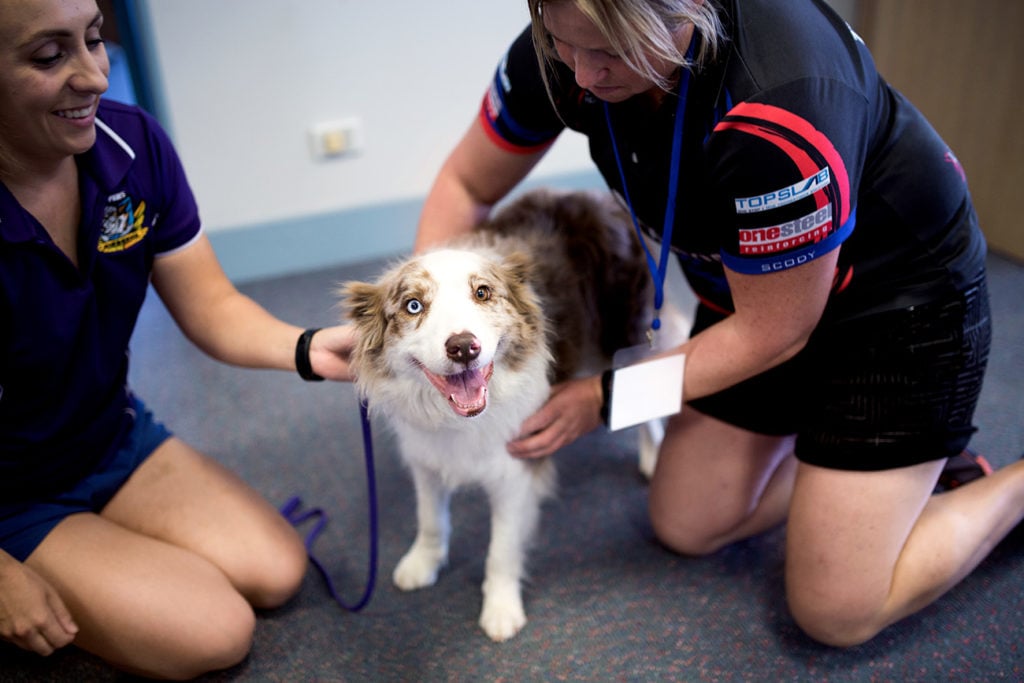 Karla is a 6-year-old Weimaraner that was diagnosed with bilateral hip dysplasia L>R at approximately 9 months of age. Her owner felt that she first noticed hind limb gait changes when Karla was about four months old with a left hind lameness gradually becoming more apparent as she grew. Initially lameness was mild although increased following exercise. X-rays taken at her local vet showed flattening of the femoral heads, thickening of the left femoral neck and shallow acetabulum L>R. She was referred to a Specialist Veterinary Surgeon for further assessment and management.

At this stage she had minimal instability in the left hip on palpation under anesthetic and conservative management was recommended. Treatment consisted of a short course of NSAID’s, exercise restrictions and a referral to physiotherapy and hydrotherapy.

I first met Karla when she was 12 months of age and a very exuberant young dog. Her owner was an older lady and Karla went everywhere with her, she needed to be able to get in and out of a four-wheel drive car and climb stairs as her owner had her own mobility issues which also made it difficult for her to walk Karla on lead, therefore she often took her to the dog park or running whilst her owner rode a bike to keep up. Obviously modifying some of Karla’s activities was important in her overall management.

On initial assessment Karla had a mild left hind limb lameness at walk and trot, reasonably good hind limb muscle mass with the left thigh approximately 1cm smaller than the right. Range  of motion was full although hip extension was guarded into end range in both limbs. There was no obvious hip instability felt on passive range of motion or during functional activities in weight bearing.

Karla initially attended physio and hydrotherapy three times a week and treatment consisted of soft tissue techniques, range of motion exercises and a program of hind limb stability and strengthening exercises. Hydrotherapy included walking in the underwater treadmill as well as swimming in the owner’s pool or local creek, rather than ball play at the dog park.

Karla is now six and has been attending hydrotherapy on a 1-2 weekly attendance for most of her life. Physiotherapy continues to consist of soft tissue techniques, joint mobilisations and a program of mobility and strengthening exercises. As she ages Karla has lost some hip extension and has secondary stiffness throughout her lumbar spine, however she has minimal to no lameness, her muscle bulk is only marginally reduced in the left hind musculature and she regularly runs beside her owners bike, swims at a local creek and plays with many other dogs at her local park.

Although she at times becomes a little sore, she responds well to rest and heat packs. Karla’s owner is a huge advocate for physiotherapy and attends her own treatment twice a week, she is convinced that without treatment both Karla and herself would not have such an active life style. Gail is now 74 years old, still rides her bike, goes to her local gym and pool and keeps active every day. I believe that if they continue to do their exercises and keep active, they will both have the best quality of life for as long as possible. 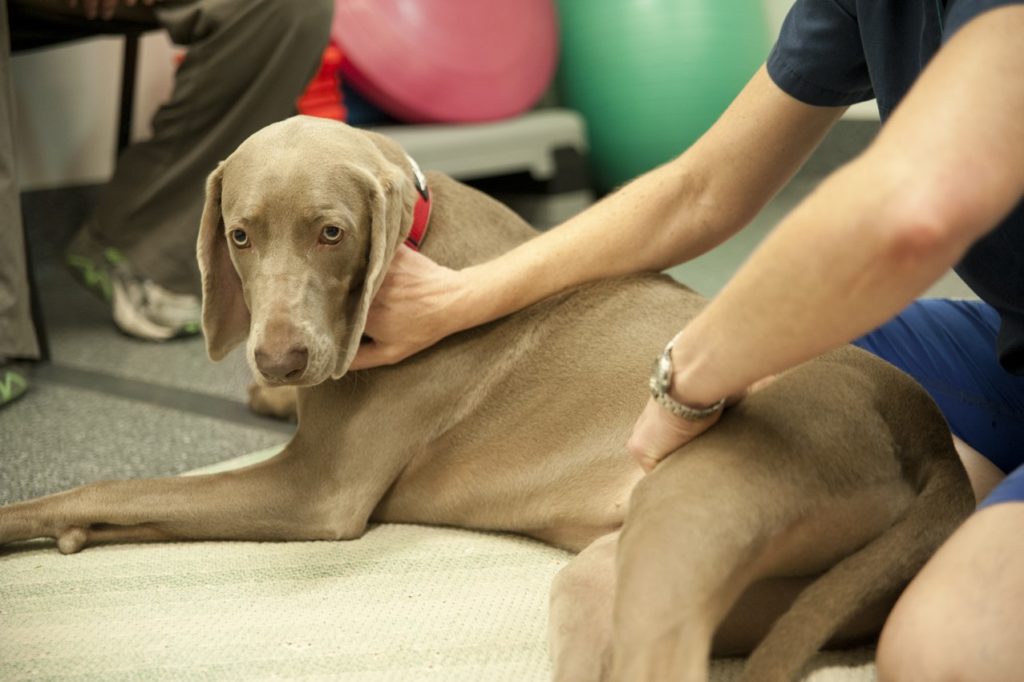 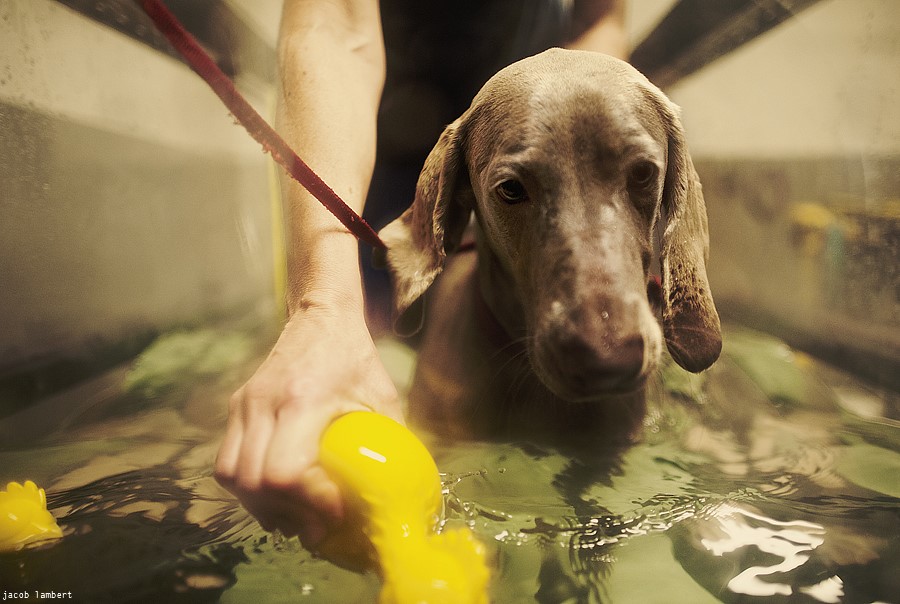 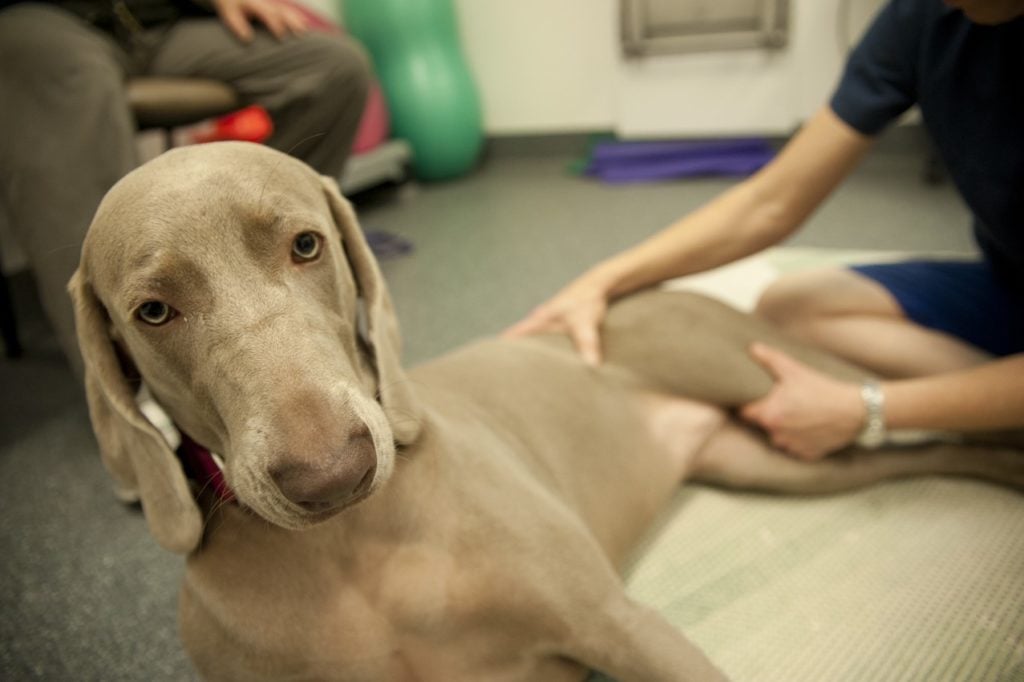